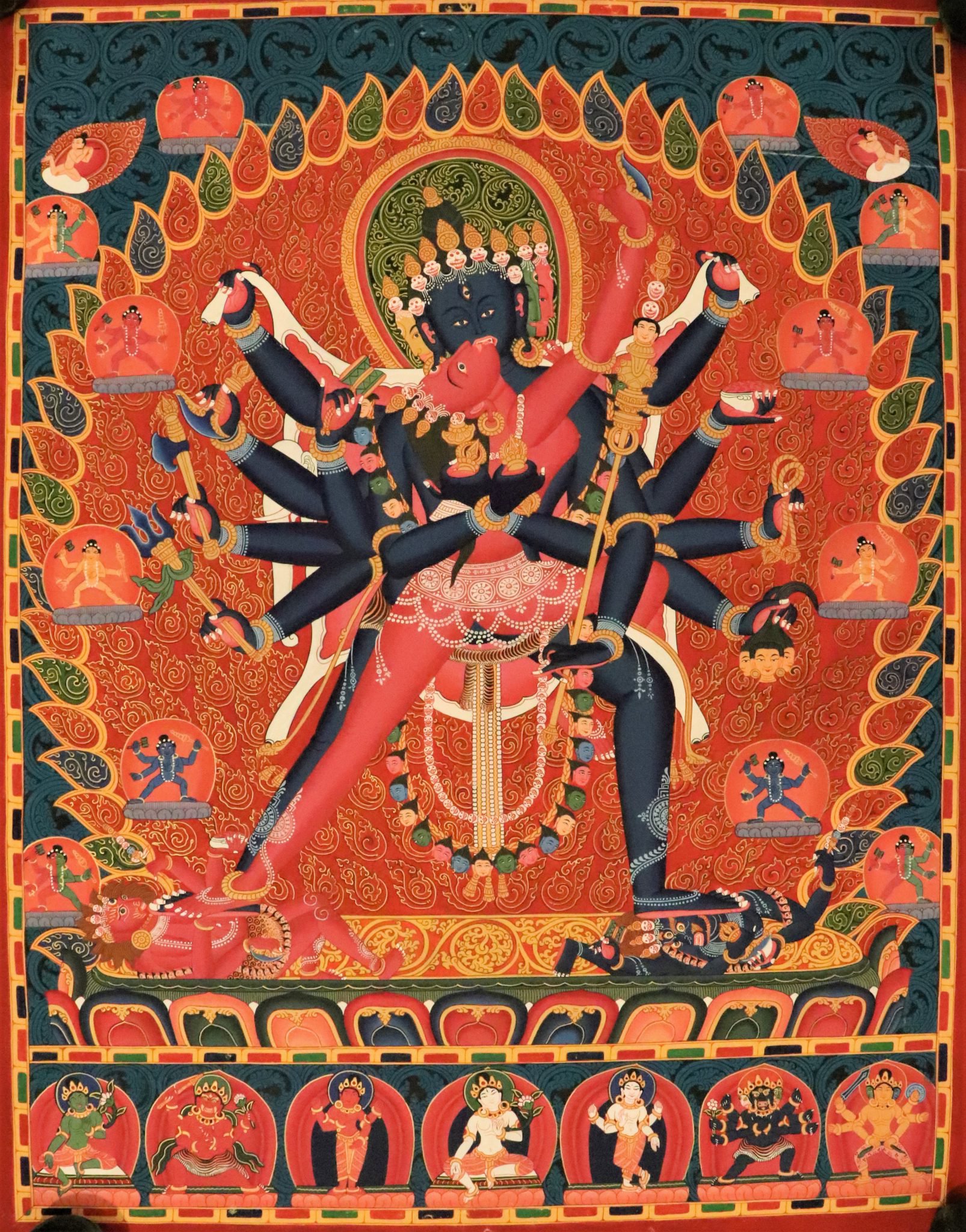 This is fine quality thangka painting of Chakrasambara with Shakti, regarded as a manifestation of Hevajra who is the central figure of an esoteric cult, the Vajrayana Buddhism.

This is fine quality thangka painting of Chakrasambara with Shakti, regarded as a manifestation of Hevajra who is the central figure of an esoteric cult, the Vajrayana Buddhism.

Chakrasamvara represents the incandescent flow of creative energies, both in the macrocosm as well as in the universe of the human body/mind. Chakrasamvara’s implements and ornaments celebrate the vanquishing of ego-driven spiritual paths.

Chakrasamvara is the wheel of supreme bliss is an icon of the enlightened mind in which desire and wrath are transformed into rapturous compassions. He wears a tiger skin wrapped around his dark – blue waist and an elephant skin across his back.

He wears bone ornaments and a tiara of skulls. In his first two hands, he holds a bell and a vajra, symbolizing the dynamic interplay of emptiness and bliss. In his other hands, he holds a skull cup, a snare, the head of the Hindu god Brahma, a Tantric staff (khatvanga), a sword, a flaying knife, a trident, and a drum.

He is surrounded by a halo of flames and stands on a sun disc trampling on the mundane passions symbolized by the Hindu god Bhairava and his consort, Kalaratri.

Chakrasamvara’s blissful radiance converts timid responses to reality into a radical engagement. When desire no longer clings to its object, it awakens to its primordial nature, which no longer divides into self and other. This blissful awareness encompasses all life and emotions, combusting in the liberating vision of selfless ecstasy.